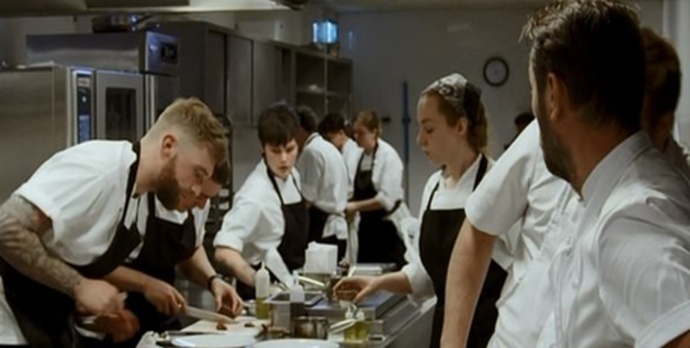 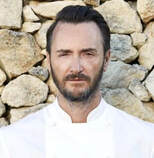 ​Films of practitioners engaging in their work provide a flavour of what an ecology of practice looks and feels like in a particular field of practice. Jason Atherton, who has a chain of 18 restaurants and 4 Michelin stars, has spent his professional life building strong kitchen teams known as ‘brigades’. In the BBC’s 'Chefs’ Brigade' he is challenged to form a new, ’high performing’ brigade from a group of young chefs whose only experience had been in the kitchens of pubs, cafes, bistros and army. The challenge for this 'brigade in formation' is to compete with six established brigades  in top class restaraunts, in five different European countries during a six week tour. The challenge for Jason is to create a brigade that is capable of achieving this goal. The challenge for the production team is to document and tell the story.

Engaging with these challenges requires many individual and collaborative ecologies of practice to be created. What we see in the film is Jason Atherton designing and implementing wth the help of his two assistants, an ecology of practice to develop, in an experiential way, the members of the brigade and to form the individuals into an efficient, effective and creative collective. We also see the ten members of the fledgling brigade immersed in this practice environment and engaging with the authentic experiential situations with varying degrees of skill and awareness. The only way they can succeed in their challenge is to combine their talents in effective and productive ways through a collaborative ecology of practice. By working with and observing the team in action, Jason is able to both support and coach individuals and the team and also replace low performing members of the group so that he is able to work towards his goal of developing a high performing brigade capable of competing with the very best restaurants. The extent to which he achieves this goal is revealed in each of the programmes in the series.
The case study is based on 12 video clips taken from Episode 3 (week 3 of the 6 week process). The narrative and documentary film help us appreciate the nature and meaning of ecologies of practice in which learning, creativity, performance and achievement emerge as people interact and collaborate with each other inside and outside their working environment and the material things in it, and the situations they encounter and create.
While watching the clips it is important to have in mind the framework we are using to try to understand the dynamics of an ecology of practice. The components of an ecology of practice for learning and achievement are woven together by the maker(s) in a part deliberate, part opportunistic and emergent act. They do not stand in isolation: they can and do connect, interfere and become incorporated into other practice and learning ecologies. ​​​The maker of a complex ecology for learning and practice knits, weaves and threads together the learning and practice lives of others, making and remaking niches within the wider ecosystem. Their ecology of practice enables the maker to think and act in an ecological (connected, relational and integrated) way, to perceive (observe, sense and comprehend information flows), to imagine (conceptualise and modify what has been observed in order to create possible meanings and new interpretations), to reason (analyse and critically evaluate observations and make judgements), to reflect on what has been seen and experienced to make better sense of it and learn from the experience.
​

The Challenge of Mapping an Ecology of Practice
Create a narrative and a map to reveal the ecology of practice Jason Atherton created and implemented to achieve his goal of forming/developing an effective and competitive kitchen brigade. While watching the clips it is important to have in mind the framework we are using to understand the dynamics of an ecology of practice Figure 1. Questions are provided to aid inquiry.

Download File
ADDITIONAL RESOURCE - The pedagogical concept of meddler in the middle.
McWilliam, Erica L. (2009) Teaching for creativity : from sage to guide to meddler. Asia Pacific Journal of Education, 29(3). pp. 281-293. 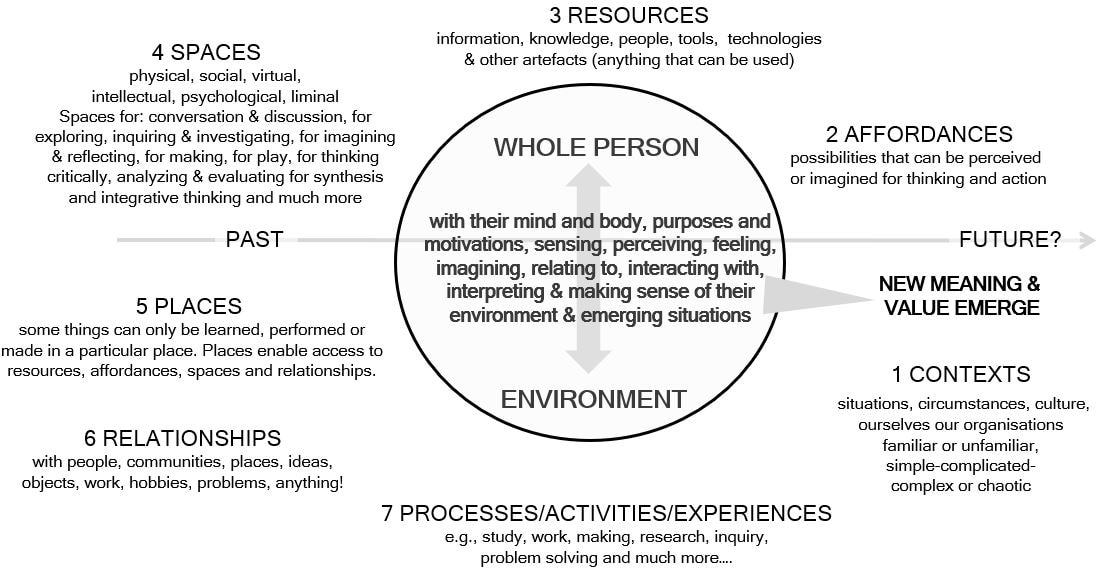 Framework for understanding an ecology of practice for learning and achievement
​

​Scene 2 (4m 3s) The challenge
It's week 3 in the 6 week process and Jason takes his team to southern Spain. This challenge is formed around understanding the eating and dining culture and cuisine of Andalucia and competing against the kitchen brigade of the long established El Faro restaurant to cook the same meal and be judged by people who are experienced Spanish food critics.
Scene 3 (3m 0s) Disturbing and preparing the team
The members of the group have become friends. Jason wants to encourage more competitiveness amongst participants and encourage them to learn from their mistakes.
​
​Scene 4 (3m 0s) Learning to self-evaluate and self-regulate
Jason encourages team members to be critical of and make judgements about each other 'which of your peers would you send home?'. The ability to analyse each others performances within the context of the team's overall performance is an important aspect of self-evaluation and self-regulation so necessary for continuous improvement.

​Scene 5 : Catching fish to cook
Jason provides an opportunity for the team to learn about a local fish dish. Its a cultural, physical and emotional experience as they catch the fish they have to cook. Its useful contextual knowledge for their ecology of practice.

​Scene 6 (4m 43s) Practising an Andalucian dish and gaining feedback from local fisherman
The team are challenged to make a dish that is well known to the Andalucian fisherman. The brigade is divided into two teams. Under pressure mistakes are made. The fisherman eat the dishes that have been prepared and give their feedback on how well it has been cooked to their tastes.

​Scene 7   The El Faro head chef decides what the brigade will have to cook
Jason and his two assistants visit El Faro to taste and experience the six dishes that will be used in the contest. They have to work out the ingredients in each dish and how the dish is cooked. They also have to identify ways in which the dish might be improved.
​Scene 8 The brigade practise cooking the dishes they will make in the contest
Jason and his assistants discuss how the brigade will cook the dishes while the brigade prep the fish. They then show the brigade how to cook the fish using a technique called ‘en papillote’ (the fish is wrapped in parchment parcel before it is cooked).
​Scene 9 The El Faro brigade cook the six dishes for a packed restaurant
​Amongst the diners are three expert judges who will score the meal out of 30. They will eat and score the same meal the following evening but this time it will be cooked by the brigade from England.
​
​Scene 10 (1m 23s) Jason and his assistants discuss the strengths and weaknesses in the team and decide on who will cook the different dishes.
​
​Scene 11 (3m 09s)  Jason allocates responsibilities for the dishes to be cooked by each member of the team. He gives the most difficult dishes to the people he wants to test and scrutinise. He is testing his theory that some participants do not have the attitude or skills for this level of challenge. The brigade practise making the dishes.
​Scene 12 (12m 09s) It's the final day of the competition and the brigade must cook the six dishes in El Farno restaurant. The brigade is seriously tested as they try to provide service and not everything goes to plan. Three members of the team struggle and have to face the consequences. ​The judges score the meal they have experienced so the brigade can compare how they performed compared to the resident brigade.
​

​“Each of the six episodes was shot in just five days. From the brigade’s arrival at one of Europe’s foodie destinations, to the episode’s final service – a competition between the British and a local brigade in a rival chef’s restaurant – the pressure on our crew was immense. We wanted every location to prove more challenging for the brigade and Jason, which meant trying for access in some of the most sought-after Michelin-starred restaurants in Europe, ending in Paris. Our team had to persuade some of these top restaurants not only to give us access to interview head chefs and eat and critique their food, but also to hand over the keys to their kitchen and have a British brigade come in and cook their own food against them – all to run the risk that Jason’s brigade would win. It was a very tall order, but fortunately we had a brilliant locations producer and fantastic team who all spoke multiple languages between them”.